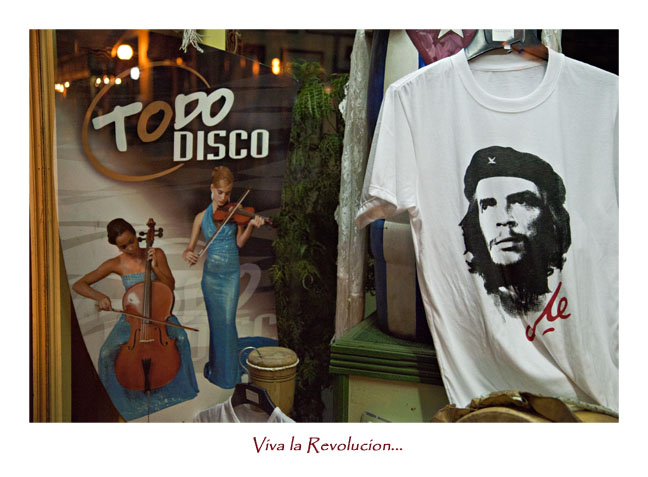 Ernesto “Che” Guevara   commonly known as Che, was born in Argentina in 1928. He was caught (with CIA assistance) in Bolivia and executed by the Bolivian army in 1967. Che was trained as a medical doctor and traveled throughout Latin America to serve the poor. His experiences there set the foundation for the rest of his life. Che was a Marxist revolutionary, a diplomat, a guerilla leader and an author.

Che met Raul and Fidel Castro while living in Mexico City and joined their 26th of July Movement with the intent to overthrow the Cuban dictator Fulgenico Batista. Che became a prominent leader in the Cuban Revolution and became second in command, just below Fidel. He worked in the Cuban government until 1965 when he left the island to promote revolution in the Congo and then later on in Bolivia.

In Cuba, Che appears to be a very revered character and his images are found all over the island. (Click on first image to see slideshow).